Hello! My name is Melissa Pinkner, and my elective class is Film. I would say my greatest interests are travelling and music, which I find I can both capture in producing films. Some various films that have inspired me are Fishpeople, Free Solo, G.N.A.R the movie, and The Art of Flight.

I have chosen to present my Reflections material and the final product from my Zenith project. My video essay provides more insight to me as a person, and I am proud of how accurately I felt I was able to tell my own story. My goal is to be able to tell the stories of others in this same, accurate yet entertaining manner. I also found that working alone helped me better develop my ideas. I chose my Zenith project because it was another project that I worked alone on, and thus feel that I executed the vision I had for my film fairly accurately. I was also excited to revisit the documentary unit, and produce a work I felt passionate about.

I would like to receive feedback in how to conduct interviews best and the best way to build connections in the documentary film industry. I have fallen in love with the process of getting to know my subjects and hearing what makes them tick, however I find that some of that meaning and depth is lost in my translation to film. It is also very daunting to look for a career in a field neither of my parents are familiar with, as my father could impart plenty of wisdom in building business connections to me, however not so much in the film industry.

My future plans are to major in film and minor in anthropology at University of Colorado Boulder. Throughout my time there, I hope to constantly stay involved in projects, and am thrilled at the opportunity to explore adventure/sports documentaries in the rockies, from skiing to rock climbing.

As I mentioned, I also have an interest in travel. Because of this I have dreamed of working for National Geographic someday, hoping to give audiences around the world perspective by telling the stories of people in various countries. One particular film I would love to make would be documenting cultures in the Pacific Islands and atolls, as I find that many small nations, such as Kiribati, often go unnoticed, and will continue to be; the idea that rising sea levels could wipe out an entire culture that many don’t even know exists terrifies me.

This interest in cultures is also why I hope to minor in Anthropology. After Boulder, I hope to pursue a Masters of Arts in Visual Anthropology at University of Southern California.

In reflecting back on this project, I am proud of some of the shots, but realize I need to strive to make every shot something I am proud of. 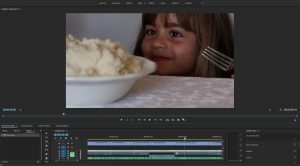 The Zenith project is a chance for seniors to take what they’ve learned at Freestyle and apply it to a self-designed project they feel passionate about. It is supposed to be our “highest point of success” at Freestyle, hence the term “zenith.” Ideally, this project will look the most polished out of each students’ productions.

My Zenith project is a documentary film about a group of boys exploring the nature within the Silicon Valley. The boys hope to spread the spirit of adventure through use of their Instagram account, in which they provide reviews of each place they visit. Their story is one of self-starters, and each of their personalities show an adventurous side that, with a little inspiration, we are all capable of. This particular project is a passion for me because I hope to pursue documentary filmmaking in college, and am particularly excited to explore the adventure/sports aspect of the field. Along with exploring, they boys participate in rock climbing, bouldering, and extreme hammock-ing. They dabble in mountain biking, but their main outdoor sport is trying anything that looks like an adventure

I collaborated with my subjects, however I wanted to complete this project on my own. I find there is less pressure when it’s just me and my subjects, and until I learn how to delegate better, I think individual projects work best for me.

If I could do the project over, I would create more artistic compositions with my shots. In the beginning I wasn’t sure exactly what kind of documentary I wanted to make, so I have a variety of shots, much of which I didn’t use. If I could visualize my project earlier on, I think my compositions would have fit the film better.

I think I improved upon self direction the most, as this film was personally driven. I think technological literacy was where I improved the least, because I used methods of filming and editing that were not new to me.

My greatest learning experience in this was how to manage my time and think ahead. After filming, I had a hard time finding the motivation to edit. This was because I had scheduled all my film dates, however didn’t think ahead to the editing process as much. This was an important learning experience for me, and in the future I’ll better plan all aspects of my projects.

I definitely ignited my passion for documentaries through this project. I truly love the process of getting to know my subjects, and I am excited to learn how to better translate the information I learn into film. I learned a lot, but am excited to elevate my skills further.

I would like my readers/listeners to reflect on their own experiences and hopefully take away the importance of getting outside and exploring.