JavaScript is disabled! Please enable JavaScript in your web browser!

For this 3rd Junior project, students chose their own Documentary topic and our goal was to integrate work done in all classes to produce work around their chosen Documentary topic. In English Class, students interviewed their documentary subjects and intertwined their interview transcripts with additional research to write a Research Paper. During the process of interviewing their subjects, students took photos, used found photos and combined their audio interview transcript, research paper and quotes into a Magazine Article or a Book with the use of Adobe InDesign in Design Class. In Digital Media class, students edited together their various audio interviews, narration, sound effects and music in Avid Pro Tools to produce a Introduction Video. They also used Adobe Dreamweaver together with Cascading Style Sheets and javascripts to format and design their Documentary Website which showcases their Research Paper, and Book/Magazine Article. Click on each name or thumbnail below to see each student's Documentary Website - see requirements here. Other documentary productions can be viewed on our Documentary Collection.

Please put on a pair of headphones so you can listen to animations and stories produced by students. 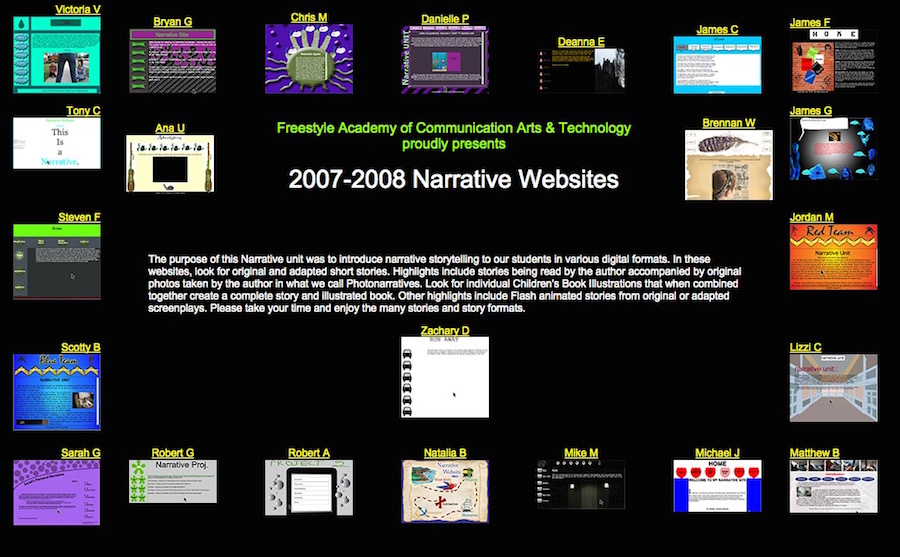