This sub-page is dedicated to the various smaller video projects we made. Everything I will show you will have came from my animation class.

In Adobe Animate, you can animate everything by drawing in each frame, copy/pasting, and whatnot, but you can also utilize a bone tool. You are able to make a character, and rig it up to a skeleton that you design for the character. We followed an assignment that had us use the bone tool, and this is what I made. 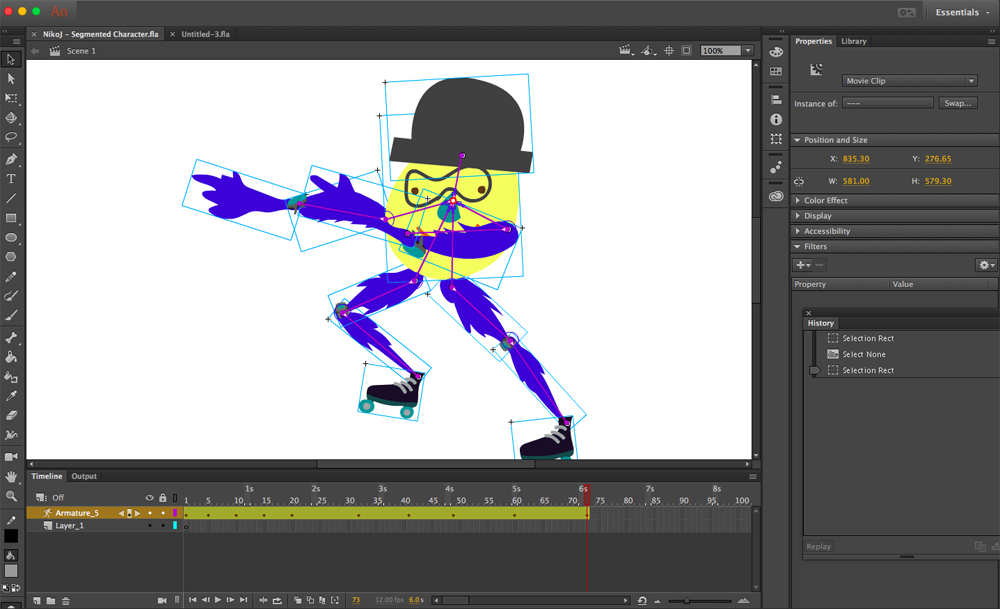 Here’s the bone tool that I was using in Animate.

Another project we had to do in Adobe Animate was called Lip Sync. You basically lip sync a piece of audio. The goal at the end was for our class to divide up one song amongst all the students, and lip sync each part to make a fully lip-synced song, with everyone using their unique characters. The characters are just mouths. I currently don’t have access to the class file, so I’ll just show you my part. By the way, the song is called Dare by Gorillaz. 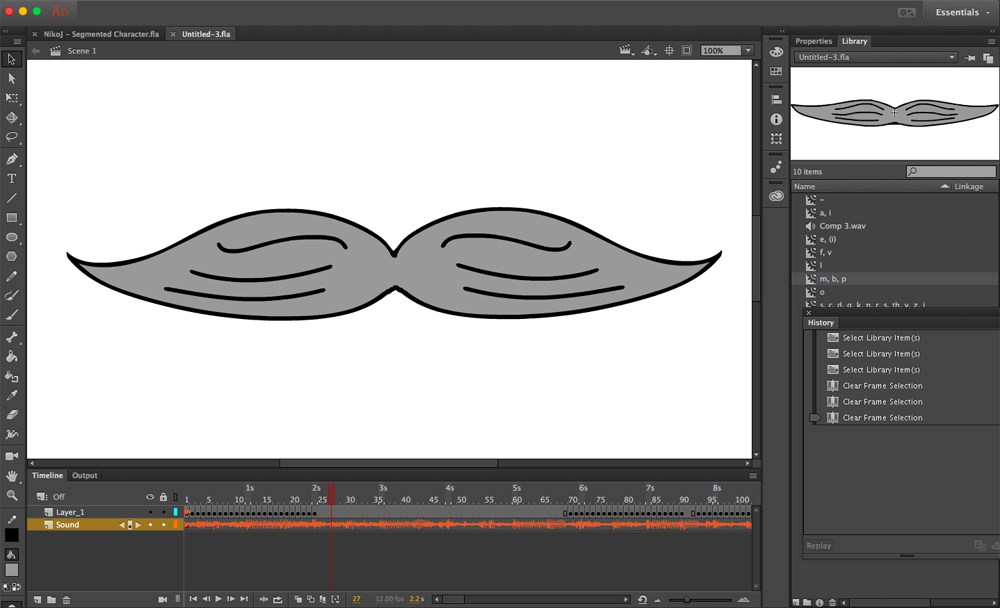 We drew a mouth for each set of letters and put them in order to the song.

Another project we had was to make a stop motion dance using a stop motion puppet that we make. For this project, we went back to the realm of our cameras, and just took photos over and over again to make an animation. The dance had to be at least 10 seconds long, and it had to loop continuously. Building the puppet was pretty fun. We started with a bunch of thick metal wires, and make a skeleton out of it, comprising of the arms, the legs, the feet, the spine, and the neck. Then, we had to mold hard plastic around the shoulders and the hips, just so those parts don’t come loose and make the puppet look weird. Then, we wrapped the spine with foam to make a torso and wrapped that torso in orange wrapping to make muscle for the chest. We also wrapped the legs and arms up with the wrapping to make muscle for those limbs. I made my head out of a foam sphere and attached little bits of foam to make the nose. After that, we had to make the clothes and the rest of the face. I made the eyes out of black foam, and the facial hair out of what I guess was fake hair. I also had to make all of the clothes using different kinds of fabrics and cloths. This involved a lot of sewing, which I had never done prior to this project, but it was fun to learn. I sewed the jacket, pants, and boots. I cut off a bit of fabric, and mended it into a circle, and sewed a tie on it to make the shirt. It was at this time that I had to give the puppet hands as well, which was done using thin metal wires as the fingers, and hard plastic as the palms, which I then put on the puppet, and sewed gloves for. I repurposed one of my characters I used for my Mood scene: 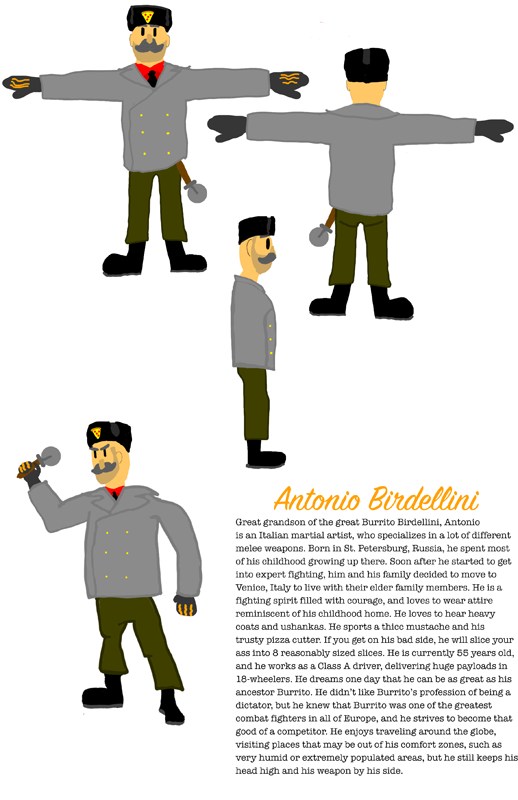 And made him into the puppet I would use for the stop motion. 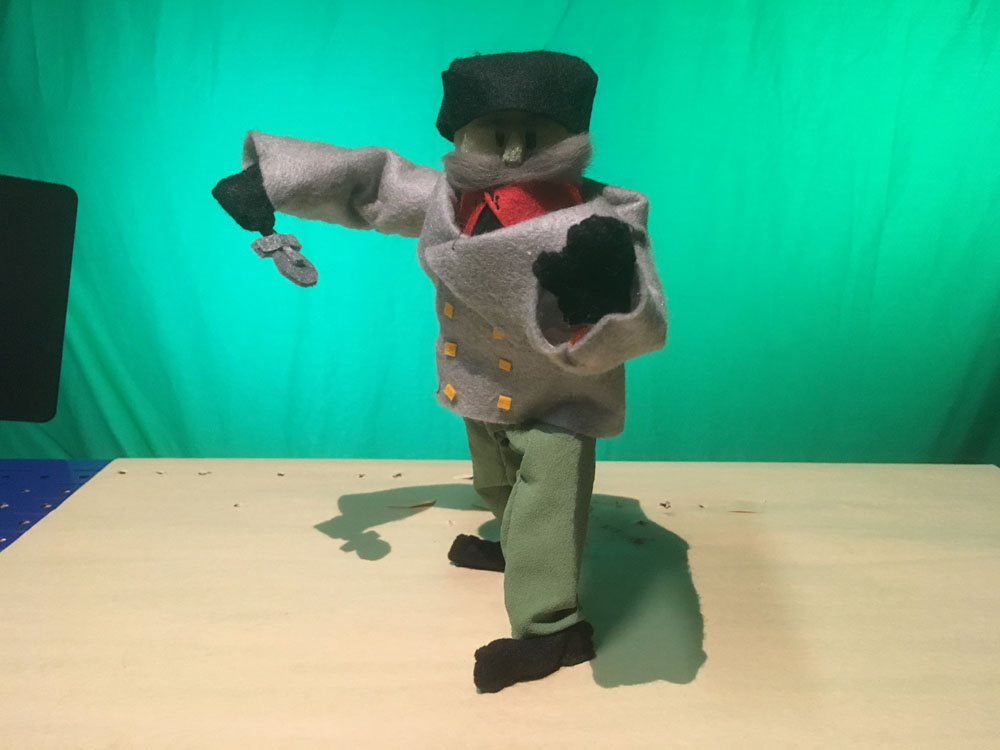